Marchelle is an educator and career coach specializing in career development for youth. She has worked for the Los Angeles Unified School District’s Division of Adult and Career Education as a teacher and teacher advisor for 14 years with focused work for on workforce development with community based organizations (CBO) such as the Los Angeles City Mayor’s Office, City Council, Department of Water and Power, Cedars Sinai Medical Center, Bank of America, Los Angeles Mission and Shell Oil Company. She has also worked as an educational consultant for the Union Rescue Mission.

Mrs. Broussard earned her BA from University of California, Los Angeles in psychology, a MA in Behavioral Science: Negotiation and Conflict Management, and a second MA in Educational Administration from California State University Dominguez Hills. Mrs. Broussard is a Master Career Specialist with the National Career Development Association, credentialed as a Global Career Development Facilitator (GCDF), and a board eligible certified coach.

Mrs. Broussard is married to her husband Craig for 23 years and has two teenage sons Connor and Charles.

Diane Lewis has been with working with NAPCA since 2011. Diane believes education is about teaching students to think, create, discover, and learn, not memorize answers to pass a test. She earned her BA in Liberal Studies from California State University, Northridge with an emphasis on Elementary and Middle School teaching, the foundation of all learning.

In 2003, Diane launched her company providing high quality, affordable in home tutoring for students. Initially conducting one on one tutoring sessions in her Orange County home, she branched out offering students/parents more options with A+ IN HOME TUTORS. The results produce exceptional students who reach higher academic goals, develop stronger self-confidence, and build an attitude of excellence in all they do.

Diane had the good fortune to attend high school at the American International School in Kabul, Afghanistan (pre-war time) where she built lifetime friendships that expand the globe. For more than 15 years, she ran a successful health and beauty business, teaching and training others to do the same.

Diane is writing her father’s memoirs, entitled The Education Warrior, travels the world, and enjoys an active, healthy lifestyle.

Candidate for the California State Assembly 2016

Mina is originally from Philadelphia, Pennsylvania where she graduated from West Chester University, with a BA in Communication studies. Mina is a Director for the Award-Winning Antelope Valley Hispanic Chamber of Commerce and the former Chair for the San Fernando Valley Veteran Employment Committee.  Mina has served as the Director of Community Outreach, connection with students in San Diego, Los Angeles and Antelope Valley to promote education and career pathway programs. Mina was written up in Working World Magazine as a "Career Achiever", working to serve, mentor and help to make the future of our youth and veterans lives better. 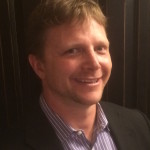 Matt is an educator and entrepreneur that conducts research on youth development. He developed national, college preparation software and curriculum that placed students in direct contact with college admission officers. Matt worked for the University of California Office of the President on initiatives, including A-G requirements and Educational Outreach Programs. He developed portfolio and performance assessments that are used by the University of Texas and Bureau of Indian Affairs. He managed the Good Work Project at the Stanford Center on Adolescence, and conducted longitudinal research on how youth find purpose to live and learn. He is currently raising 4 boys and actively involved in athletics and performing arts in the Silicon Valley.

Born in Quebec City, Patrick grew up in Canada and Florida. He earned a M.B.A. in Management, and a Master's in Economics before focusing on project management in the aerospace industry. He also has a strong background in education, as he served as project manager for the centennial institution of Jesus-Marie College, and as lecturer for Florida State University. As foreign student, he went through the entire process of applying to grad schools, soliciting grants, and complying to visa paperwork. His involvement in international development earned him a prestigious award from the Florida-Canada Linkage Institute. Today, he lives in Los Angeles and wishes to promote education opportunities to the youth. His main goal is to assist students in achieving their academic dreams and not shy away from their potential.

Michael Jenkins is a board certified coach and the creator of Productive Change Management — a program to assist smart business professionals and teams to improve communication and overall performance.

He is a dedicated human development professional and has more than 30 years of experience in healthcare services and business development. He received his bachelor’s degree from San Diego State University, and a Master’s Degree in Organizational Management from the University of Phoenix.

Michael is a U.S. Navy veteran, and was a founding board member of a San Diego Chamber Business Organization.  He is also a contributing author to the bestselling book: ““EXPERTS WISDOM” – Life-Changing Principles & Transformational Business Strategies from the Go-To Authorities.

Daniel Thorpe is an adjunct professor and Ph.D. candidate at the Harvard School of Engineering and Applied Sciences (SEAS). He is broadly interested in efficient, appropriate mitigation of climate change and rapid decarbonization of the world's energy supply. Specific interests at the moment include nano-engineering and the possible expansion of nuclear power and highly complex but potentially low-cost mitigation efforts like climate-aware urban planning in new cities and developments, and transnational emissions reductions schemes like the CDM.

Daniel works for a startup company called Carbon Engineering with founder, and Harvard Professor, Dr. David Keith, learning about the company’s technology and ways to improve it—which will be the subject of his Ph.D. thesis. Carbon Engineering is building a power plant to test their industrial-scale CO2 air capture technology. When he is not on the job, Daniel enjoys hiking and meditating in the Canadian Rockies.

After graduating from MIT, she became a Research Associate/Instructor at the Harvard Business School researching mechanisms for the privatization of Space flight and exploration, a position that she currently holds. Angi thoroughly enjoys travelling; she has done field research in India over a two-year period, and has presented her work in Australia, Korea, and throughout the United States. She has experience teaching leadership and STEM courses to high school and college students in small groups and in hands-on, student-centered approach learning on high ropes courses.

In 2003, Rosalia graduated and received her Ph.D in Cancer Immunology from Hebrew University, Jerusalem, Israel, where she developed a drug based, murin study model, for induction on dormancy in metastatic prostate cancer. Between the years 2003 and 2010, Rosalia conducted her post-doctorate academic research at Dana-Farber Institute, Harvard Medical School where she discovered the direct interaction between the unphosphorylated tumor suppressor PTEN and the regulatory subunits (p85α and β) and the functional subunit (p110 β) of the oncogene PI3K and the effect if this interaction on Herceptin (Trastuzumab) efficiency as part of the effort to understand the players leading to Cancer development and efficiently of drugs.

After completing her post-doctorate research, Rosalia moved to the Biotech industry concentrating on personalized medicine approach to treatment and conducting biomarkers and drug discovery research for Oncological and Immunological diseases. She served on the mentoring committee of the Association of Women in Science (AWIS-Mass Chapter.) Rosalia was awarded a scholar in Training Award from the AACR, the DOD Prostate Cancer Research Award, and Prostate Foundation awards during her doctorate and postdoctoral years. Her work is published in peer-reviewed magazines, proceedings, and books. Since 2013, she has concentrated on teaching the next generation of scientists. Rosalia’s teaching philosophy is to teach and provide tools so the student can succeed on his/her own. Her focus is helping students develop scientific critical thinking. She is currently teaching a variety of science courses at Harvard University.

Dr. Arky welcomed our students to the Harvard Medical School and provided an overview of Harvard Medical School. Dr. Ronald A. Arky, M.D. is the Daniel D. Federman Professor of Medicine and Medical Education at the Harvard Medical School and Master of the Francis Weld Peabody Society at that School. He is a Board-certified internist with specialty training in Endocrinology and Diabetes. His career has been devoted to medical education at the undergraduate, post-graduate and continuing education levels. For 23 years he served as Chairman of the Department of Medicine at Mount Auburn Hospital in Cambridge, MA and simultaneously as the residency training director in Internal Medicine at that Hospital. Nationally, Dr. Arky has been president of the American Diabetes Association and of the Association of the Program Directors in Internal Medicine. He is a Master of the American College of Physicians and has served on the editorial boards of the New England Journal of Medicine and American Journal of Medicine. He has served as chair of both Massachusetts Medical Society’s Committee on Education, Committee on Publications and Committee on Ethics and Grievances. For his many years of devoted service Dr. Arky received ‘The Award for Health Education’ that was presented to him by the AMA in 2000 and the ‘Robert Glaser Award’ presented by the American Association of Medical Colleges in 2009.

For the last 23 years, Dr. Arky has been involved in medical student education. He has contributed to the design of both pre-clinical and clinical curricula and in particular, played an instrumental role in the creation of the Cambridge Integrated Clerkship. He also played a key role in the development of combined degree programs, such as the MD/MBA program, and continues to monitor their progress. In his role as Master of the Peabody Society at Harvard, he oversees the academic and professional development of a cadre of medical students throughout their stay at the School. He is involved in career counseling and in the assessment of the School’s graduates during their post-graduate training and later in their careers.

Philip Blackett is the founder of Magnetic Interviewing™ LLC and is currently a graduate student at the Harvard Business School.  Before attending Harvard Business School, Philip worked as a Senior Communications Specialist within Corporate & Global Marketing at FedEx Services. While at FedEx, he also worked on the Global Citizenship team. On that team, he was involved in Corporate Social Responsibility efforts, particularly in the Environment, where he led the company’s EarthSmart Outreach projects nationwide in April 2012.

After graduating from college, Philip first worked as an Equity Research Analyst at The Goldman Sachs Group in New York City, where he was on the Small / Mid Cap Research team. Philip graduated from the University of North Carolina at Chapel Hill, majoring in Political Science and Economics, as a John Motley Morehead-Cain Scholar.  While in college, Philip volunteered for Operation Crossroads Africa in Lesotho, interned for the non-profit One Economy Corporation in Washington, DC, worked as a Marketing intern at FedEx Express in São Paulo, Brazil and interned at The Goldman Sachs Group as a Credit Research Summer Analyst in New York City.

Mrs. Brophy is a dedicated English Language Arts instructor with over a decade of experience teaching ELA, tutoring, writing, and academic and communication coaching for summer programs at HARVARD University. Her diverse background in education, broadcast news, content marketing and training and development puts her in a unique position to do what she loves the most – share her passion for improving writing and communication skills with students. Specializing in college entrance essay writing, Mrs. Brophy has helped a number of students position themselves to gain entrance to their post-secondary school choice.  Mrs. Brophy earned her M.Ed. in Education/English Language Arts and her B.A. in Speech Communication/Public Relations.